Another huge honor to have as a second guest of season one, U.S. Naval Academy graduate and former NFL player Napoleon McCallum.

There are few athletes in history with a story as compelling as McCallum and you are sure to enjoy his memories plus be inspired by what he has to say throughout this podcast.

McCallum was a star running back and defensive back at Milford High in Ohio, and capped off his career by rushing for 1625 yards and intercepting 12 passes as a senior. He then applied and was accepted into the prestigious U.S. Naval Academy and began re-writing both institution’s and NCAA record books.

He led the nation in all-purpose yards in 1983 and 1985, and for about 20 years was the NCAA’s all time leader in the category. He was inducted into the College Football Hall of Fame in 2002.

Sign up for future podcast alerts and Magnifying Excellence newsletter

He also graduated with a computer science degree and holding 26 Navy football records. Plus, his jersey number 30 became only the third in Navy history to be retired. More on that later in this podcast because one of the two jerseys previously retired was that of Napoleon’s idol, Roger Staubach.

After graduating, he served his country for five years and also played for the Raiders, who now play in Napoleon’s current hometown, Las Vegas. A devastating knee injury ended his NFL career and he will share with us how he coped with the injury, both physically and mentally.

Napoleon is director of community development for government relations for the Sands corporation—owners of the Venetian and Palazzo in Las Vegas—and is very active in the community.

As is his nature, he was a quiet, but guiding force in making the Raiders move to Las Vegas a reality. He helped mesh together the early details and brought key people together to ensure that NFL executives and owners were comfortable with Las Vegas. 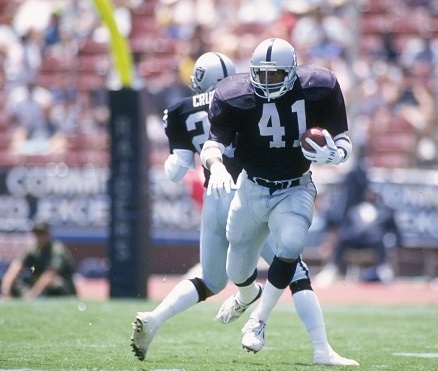