Susan Anton is a legendary performer and an accomplished business woman who was inspired by the likes of Fred Astaire, Barbara Streisand, Sammy Davis, Jr., Kobe Bryant, Martin Luther King, Jr. and George Burns, among others. During this episode, she shares personal anecdotes about them and some memories and even advise she received from some of them.

As another sneak peak, shares her definition of excellence, why curiosity is important and how she believes excellence is a mindset and how you treat people is important.

Susan Anton has seemingly done it all during a career that has spanned four decades, from appearing on television and in movies, to performing on broadway to performing more than 5000 shows of the Great Radio City Music Hall Spectacular at the Flamingo in Las Vegas, her home for the last 20 years. She also is a business woman and part of SheAngels.com, a group that supports and mentors women entrepreneurs.

Anton Shares …
– Her Definition of Excellence
– Why being curious is a key to success, excellence
– How Frank Sinatra, Barbra Streisand and Martin Luther King, Jr. inspired her
– What SheAngels.com for women entrepreneurs is all about
– The funny jokes George Burns used to tell 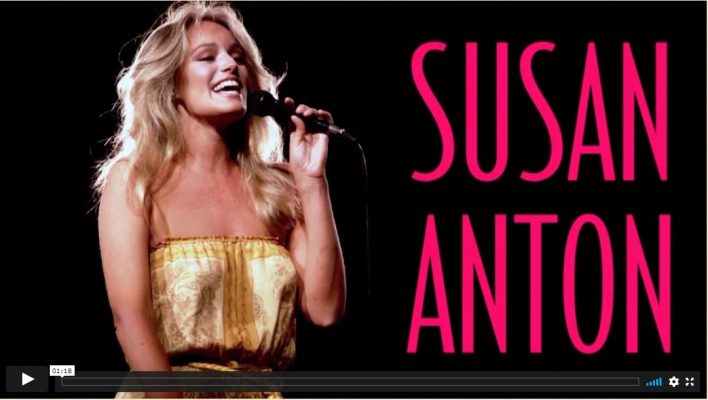